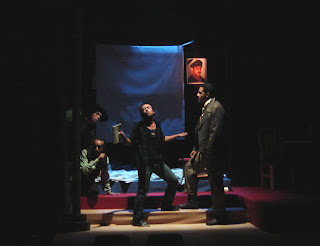 Young Egyptian director Hani Afifi will stage his Hamlet adaptation, انا هاملت or I'm Hamlet, as part of the London 2012 festival around the Olympics, reports the Seventh Day site (in Arabic).  The play premiered at Cairo's Creativity Center in the summer of 2009 and was well received at the Cairo International Festival of Experimental Theatre that September; Muhammad Fahim, in the role of Hamlet, won the festival's Best Actor prize.  My favorite line is where Hamlet asks Ophelia (in the equivalent of the nunnery scene, which takes place at Cairo's upscale Cafe Cilantro: "But how can I date someone who has 500 friends on Facebook?" 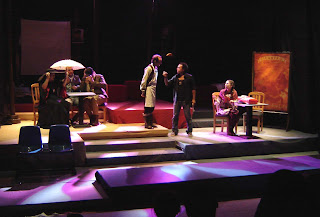 Posted by Margaret Litvin at 7:48 PM