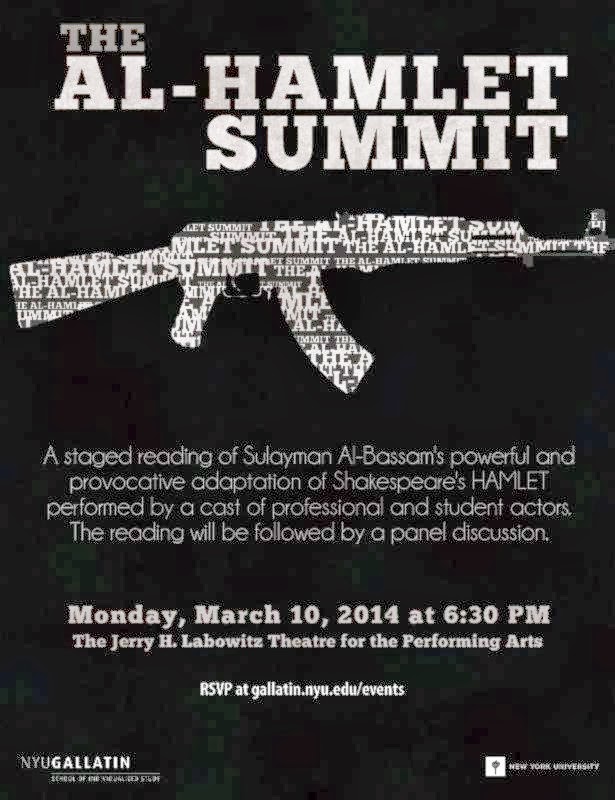 and/or this discussion at Columbia, 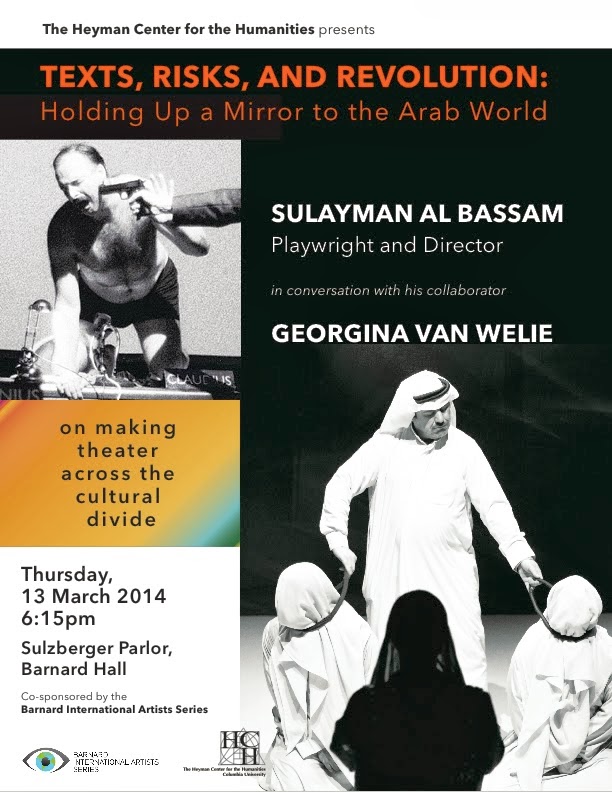 then write in (to the comments section below) and tell me what you thought.
You can find out what I thought (a few years ago) here.

A staged reading of Sulayman Al-Bassam's powerful and provocative play followed by a panel discussion.
About the Play:
A startling piece of new writing that borrows from Shakespeare’s plot to create a poetic and powerful critique of contemporary political scenarios, set in the cauldron of Middle East discontent. The familiar characters of Shakespeare’s play are delegates in a conference room in an unnamed modern Arab state on the brink of war. Having gained control of a modern Arab state, a ruthless dictator attempts a westernized experiment, in thrall to arms dealers and propped up by US dollars. Yet a catastrophic war is brewing, he is besieged by enemy neighbors from without, and a growing politicized Islam from within, and his predecessor’s son Hamlet is plotting revenge...
Cast List:
Hamlet – Hadi Tabbal*
Ophelia - Beth Pollack
Gertrude - Lameece Issaq*
Claudius - Ramsey Faragallah*
Polonius - Alok Tewari*
Laertes - Amir Darvish*
Arms Dealer - David Letwin*
U.N. Messenger - Katherine Romans
Fortinbras - Alec Seymour
Stage Directions - Kelsey Burns
Security - Charles Kennedy & Alec Seymour
Stage Manager - Laura Skolnik*
*Members of AEA
Posted by Margaret Litvin at 9:04 PM